SPOTLIGHT: Essays from "The Poem's Country: Place and Poetic Practice"

Although the American poetic tradition has long looked to place as a source of contemplation and fascination, perhaps no other generation of poets has written in response to a more fragile and shrinking world. With increased Internet access and the exponential expansion of airline travel in the late 20th and 21st centuries, Americans have been confronted with an increasingly globalized perspective. Without leaving home, we need only go to Google Earth to “walk” the chestnut-lined streets of Paris. Cable television provides instant access to international events as they unfold. YouTube videos whisk us from the cloudy peaks of Annapurna to crystalline waters off the Florida Keys. With the click of a button, we can watch a jewel-bellied moth emerge from its chrysalis and complete its life cycle in less than a minute. The earth’s vast beauty seems instantly within reach, yet our world appears equally—if not more—flawed and ecologically at risk than it has ever been. And for all of our virtual connection, our nation itself remains deeply divided by issues of race, class, and more. Negotiating such contradictions as they manifest on our home-screens and in our hometowns has become an essential subject for poets writing in the 21st century.

It’s in this context that “The Poem’s Country: Place and Poetic Practice”—an anthology-in-progress that assembles essays solicited from a diverse group of distinguished early to mid-career American poets—investigates how poetry is responding to the rapidly changing experience of place. How, for example, are American poets writing about politically charged landscapes such as the Middle East and the Mexico-U.S. border? Or sweet potatoes and peaches joyfully gleaned from a community garden in Southern Indiana? How are they rendering small town Texas or the sprawling lights of Los Angeles, or even the invented landscapes of their own minds? Whether a lyric meditation on staying in Elizabeth Bishop’s childhood home in Nova Scotia or a craft-driven analysis of the military spouse’s (re)imaging of conflict zones both overseas and domestic, each essay in “The Poem’s Country” explores questions about geography as subject, metaphor, and formal strategy.

With an attentiveness and integrity that mirrors the anthology’s other contributors, our featured poets chart the currents of water, wires, and the wandering mind:

Although stylistically and formally distinct, Bradfield, Kempf, and Mark each explore important dimensions of our moment’s complex relationship to place, inviting us to interrogate the world around us, to inhabit it more completely. We are here, they seem to tell us. Where will we go next?

Shara Lessley is a Contributing Editor for West Branch and the author of Two-Headed Nightingale. Her work appears in magazines such as Missouri Review, Gettysburg Review, The Nation, Threepenny, New England Review, The Kenyon Review, and Ploughshares. Shara's poetry has earned fellowships and awards from Stanford University, University of Wisconsin, Colgate University, Washington College, and the National Endowment for the Arts, among others. (Rightfully) afraid of the "frail, almost-lost scream" once unloosed from the large front bedroom of Elizabeth Bishop's childhood home, Shara opted instead to spend her nights in Great Village, Nova Scotia, sleeping in what would have been Aunt Mary's room.

Bruce Snider is the author of two poetry collections, Paradise, Indiana, winner of the Lena-Miles Wever Todd Poetry Prize, and The Year We Studied Women, winner of Felix Pollak Prize in Poetry. His poems have appeared in American Poetry Review, Poetry, Kenyon Review, VQR, Threepenny Review, Ploughshares and Best American Poetry 2012. A former Wallace Stegner fellow and Jones Lecturer at Stanford University, he was the Jenny McKean Moore Writer-in-Washington at George Washington University in Washington DC, and is currently an Assistant Professor at the University of San Francisco. Originally from Indiana, he has lived in England, Massachusetts, New York, Connecticut, Oregon, Texas, and California. 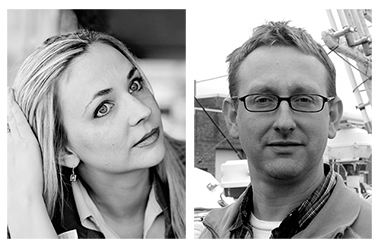