"You ought to forsake Santa Fe and put Key West on the map," wrote Wallace Stevens to Witter Bynner in 1934, but Bynner didn't listen. Bynner, a Harvard chum, had come to New Mexico in 1922 and stayed put til he died, forty-six years later. A Modernist poet, Bynner is famous today primarily for his contact with other, more famous Modernists, but in Santa Fe he's long been considered one of our literary treasures—not least for the Foundation that bears his name, whose mission is to support and promote poetry.

For the last eight of the sixteen years I've called Santa Fe home, I've lived behind Bynner's estate, now a B&B, and often wonder at the Modernist luminaries who stayed and lifted cocktail glasses with him in toast. Together with Bob Hunt, his lifelong companion, Bynner entertained the likes of D. H. Lawrence, Georgia O'Keeffe, Carl Sandburg, Ansel Adams, Willa Cather, Igor Stravinsky, Edna St. Vincent Millay, Robert Frost, W. H. Auden, Aldous Huxley, Christopher Isherwood, Martha Graham, and Thornton Wilder. Statehood for New Mexico in 1912 had "opened the territory" and by the 1920s literary colonization was booming. In a lot of ways, it's never stopped. Find an edition of the Albuquerque Journal from 1968 and catch a letter to the editor from Robert Creeley, complaining about being pulled over by police for "driving while bearded." (Creeley expresses surprise in the letter, since New Mexico had offered him a "generally pleasant way of life.") Today, the range of accomplished poets who call New Mexico home is diverse and staggering: Arthur Sze, Denise Chavez, Sherwin Bitsui, Carmen Gimenez Smith, Amy Beeder, Jon Davis, Luci Tapahanso, Carol Moldaw, Matt Donovan, Joanne Dominique Dwyer, Mei Mei Berssenbrugge, Connie Voisine, and Jimmy Santiago Baca, among many others, transplants and natives alike. It's my pleasure, then, to introduce to West Branch readers two more: Benjamin Garcia, native of Albuquerque, now in Auburn, New York; and Christopher Johnson, a transplant from Wisconsin living in Santa Fe, who came to New Mexico for school and, like Bynner, O'Keefe, and hundreds of others, pretty much never left.

I love the sense of linguistic and tonal play, as well as the sense of blood—blood of family, violence, passion—that threads through Garcia's poems, often via vivid, arresting image. "What I remember best is this:" he writes in "Valentine in Two Parts," "where the calla stamen should be // a fountain pen / shoved in the throat of a lily." When he says, "It's strange what can be beautiful / to the human eye—a bullet hole // punched clean through—" I encounter the intense and peculiar graphic light of our state, no matter where this poem may be taking place: a light that throws everything under it into unflinching, sharp relief, that teaches its citizens belle laide: the beautiful-ugly. Such light, when internalized, lasers into the maze of the self, sparking poems like those by Johnson, who writes, "i have sat upon the café walls / little but stickish bones, a scarecrow / puffed-up w/ rags, smoking at the mouth / & i have made a machine of myself / that took to emotions as do metal slabs," There's a little bit of the Modernist in Johnson's work: he offers us inward lyrics, full of psycho-philosophic intensity, with a Poundian sense of the literary past informing every poem—he'd have been right at home at Bynner's cocktail hours, arguing about poetry.

Thanks to Lynn Cline for her descriptions of the Bynner demi-monde in Literary Pilgrims: The Santa Fe and Taos Writers' Colonies, 1917-1950.

Dana Levin is the author of three books of poetry, most recently Sky Burial, which The New Yorker called "utterly her own and utterly riveting." New poems and essays have appeared in The New York Times, Los Angeles Review of Books, Poets.org, Boston Review and Poetry. A grateful recipient of fellowships and awards from the Rona Jaffe, Whiting and Guggenheim Foundations, Levin teaches at Santa Fe University of Art and Design in Santa Fe, New Mexico. 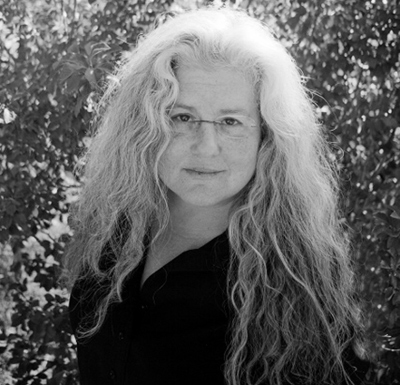