William Klein and Emily Chew are both recent former MFA students at the University of Michigan where I teach. I'm lucky to work with a lot of excellent young writers, and in terms of quality might have chosen work from a dozen or more similarly talented graduates of our Helen Zell MFA Program. But when the editors of West Branch asked me to pick a couple of stories and suggested they could be by young, or unknown writers, Will and Emily's pieces quickly came to mind. I remembered them, basically, amid the hundreds of other workshop and published stories I've read in the last year or two, and chose them as much for that vital quality as any other. This might seem arbitrary, of course, and it's certainly partial—what's memorable to me, might not be to someone else—but it seems as valid a criteria as most, more valid maybe since we all write with at least one eye on posterity, the lastingness of our work. We're apt to consider that to be a quality bestowed on our writing by others, via popular or critical acclaim, at best a by-product of a work's other qualities; of prose or technique or material. But what if lastingness, or memorability at least, might be somehow inherent in a work, a quality in itself? At any rate, it's been interesting to consider a facet of these works that by definition wasn't apparent when I first read them in workshop, but only revealed in the intervening years.

Both stories are beautifully written, skillfully crafted, of course, but both, I think, also have something unresolved about them, something essentially unreconciled in their central characters, that has kept them open and alive in my mind.

Will's narrator offers a frank-to-the-point-of-flayed self-portrait, exposing his failings and frustrations. The picture isn't flattering, but in its self-deprecating honesty, its cornered yearning—the protagonist is hemmed in by both his class and his maleness—it's surprisingly sympathetic, so much so that the moment of fleeting grace the character arrives at feels satisfyingly cathartic. And yet, if the story had ended on that grace note it would be too neatly negligible—forgettable, in other words. Rather it's what follows, the undertow of epiphany, that tempers the catharsis. It's not so much that the epiphany is false, as that the need for epiphany, a very human need shared by both readers and characters, is brought into question. The story in some sense is thus about the stories we tell ourselves, the signs we read in our own lives. The central activity of archery is vividly described, yet for all its authoritative reality the ironic image of Cupid hovers somewhere overhead.

Emily's story, set on the other side of the class divide, is similarly self-conscious. Her main character knows she's living a cliché in the form of her affair. Yet for all her hyper self-awareness, her wit and acuity, she seems more like an observer of her own life—a reader or critic, to be exact—than the author of it. Emily is particularly adept, via the slippery, skittering point of view here, at capturing the drunken, medicated existence of her protagonist, a character so open her vulnerability extends to language, to books, to songs, even to the graffiti on a bathroom stall. There's something excruciating about the story that ensues, something infuriating about the performative self-destruction of (all) the characters, and yet—in no small part thanks to some drop-dead funny lines—they're achingly, compellingly, and memorably human.

The final unreconciled pleasure in both these exceptional stories may be a tension between the lives depicted—messy and mired as they are—and the demands of narrative for clarity, movement, denouement. Those are also, it's worth noting, typical demands of workshop. I don't specifically recall how our classes received these stories but it's easy to imagine a critic or reader taking them to task at first glance for just these unresolved qualities, and yet, paradoxically, those seem to be the very qualities that have made them stick in my mind, and now hopefully yours.

Peter Ho Davies is the author of two novels, The Fortunes and The Welsh Girl (long-listed for the Man Booker Prize), and two short story collections, The Ugliest House in the World (winner of the John Llewelyn Rhys Prize) and Equal Love (a New York Times Notable Book). His work has been widely anthologized, including selections for Prize Stories: The O. Henry Awards and Best American Short Stories. Born in Britain to Welsh and Chinese parents, he now makes his home in the US. He is currently on the MFA faculty at the University of Michigan. 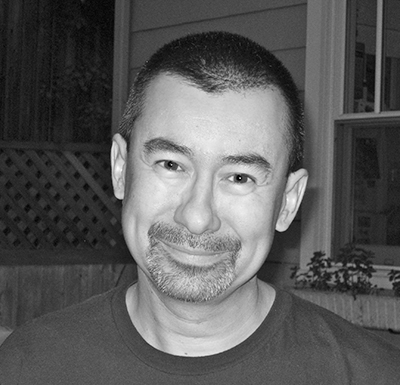