Christopher DeWeese is the author of The Black Forest (Octopus Books, 2012), and The Father of the Arrow is the Thought, which Octopus Books will publish this August. He is currently Assistant Professor of Poetry at Wright State University. He lives in Yellow Springs, Ohio.

West Branch: Many of the poems in The Black Forest are in the voice of specific characters— the soldier, the forger, and the gambler, among others. Do you identify with one of these characters more than the others? Are they all, in some way, manifestations of different strands in your thinking?

Christopher DeWeese: When I was writing The Black Forest, I really enjoyed the way that titling those poems after their presumed speakers allowed each one to begin in a way that felt completely new, completely blank and unattached to any other poem I had written. It was as if I was exploring uncharted waters each time, discovering who those particular speakers were and what situations they found themselves in as the poems themselves unfurled. Of course, those poems are not really unconnected: since I was the same person writing each one, there are similarities, through-lines, obsessions that run through them, that connect them within the book.

Of all the poems in that book that have a specific persona speaking them, I identify with "The Happy Cloud" the most. I'm not sure why, exactly: I just know that whenever I'm reading that poem, it feels really emotionally true to me. Also, like that cloud, I am very afraid of outer space.

WB: Nature is a theme crucial to both The Black Forest and your upcoming book, The Father of The Arrow is The Thought. Nature seems to be a largely redemptive force in The Black Forest, but a poem titled “The River” early in your new book warns the reader “It is a bad, bad business/ to walk to the river/ expecting something casually spiritual/ to cast aside your skin”. Would you say your opinion of nature as transcendent has wavered a bit in your more recent writing?

CD: I grew up in a town on Washington’s Olympic Peninsula called Port Townsend where there is a rather unfair amount of staggering natural beauty. The town itself sits on a peninsula, meaning there are beaches on three sides of it. On the inland side, the Olympic Mountains rise up fast and lovely. Across the water, on a clear day you can see the San Juan Islands to the north and the Cascade Mountains to the East. I grew up camping in the Olympic National Park and along the rugged Washington coast. My family religiously went backpacking at Rialto Beach as much as we could, sometimes stopping at Crescent Lake to throw rocks at the rumored monster of its plummy depths. My childhood and young adulthood are bound inextricably with images of these places. Those images are an important part of my vocabulary as a writer, and found their way into many of the poems in The Black Forest, as did the woods and many bears of Western Massachusetts, which is where I was living when I wrote that book. Seriously, there were bears living in our back yard for a time! And every time I went back there to unlock my bike, I sort of mentally prepared myself to be eaten. Then, after a few days, I realized I could lock up my bike on the front porch.

The Father of the Arrow is the Thought is more specifically about nature. I mean, I’d say that nature is quite squarely one of the two main subjects of the book (the other being human imagination). Seven or eight years ago, I found this interesting-looking book at a used bookshop. It was Paul Klee’s Pedagogical Sketchbook; a book of notes he made while teaching at the Bauhaus in the early 1920s. A lot of it was totally over my head, but I still enjoyed it without fully understanding it, if that makes sense. And the section in there about arrows instantly floored me. Basically, Klee is talking about the inherent tragedy of the human imagination: that for as much as we can dream or think, our bodies can never catch up with our ideas. That our physical forms always limit us. He uses nature to measure distance: can we imagine beyond that lake? Over that mountain? Arrows, to Klee, seem to be both directional and metaphorical: they represent momentum, ambition, and expansion. Klee begins his discussion of the arrow by saying “The father of the arrow is the thought: how can I expand my reach? Over this river? This lake? That mountain?” He proposes a “creative kinetics,” the idea that art can defy physical laws through the use of symbolic, visionary, or transcendent acts. I was really taken by this idea, and wanted to try it out in poems. So, each poem in The Father of the Arrow is the Thought situates itself in a different physiographic location, and in some way attempts to expand beyond it.

I still haven’t answered your question. In that poem, “The River,” which was actually one of the earlier poems I wrote for the book, I think what those lines are trying to suggest is not so much that nature is/is not transcendent, but more that it can be a mistake to go in to nature expecting some kind of quick and convenient little snatch of transcendence; that this limits our experience to what we expect and already know and think we can apprehend. That we can just go and collect that feeling and maybe take a picture and share it on social media and feel great about ourselves. So, I mean, the narrator of that poem ends up going to a motel and watching the river from there, and then he leaves the motel and stands at the bank of the river flexing his muscles all night until a group of drunk survivalists reveal themselves to him. So, that’s not exactly a transcendent experience, but it he did discover something he didn’t expect, which I guess is the moral of the poem, right?

WB: The idea that there is a constant tension between the scope of our minds and the limit of our bodies is quite compelling. Because of this tension, our thoughts and desires can come to resemble Klee’s arrow, always hurtling toward something-- never quite satisfied. But nature in The Father of the Arrow is the Thought seems almost peerless in its beauty-- why venture “Over the river”, as Klee says, and question the simple physicality of the natural world? Do you feel compelled as a poet to expand beyond what we experience?

CD: The last poem in The Father of the Arrow is the Thought is a long poem called “The Tide,” and I think in many ways it is trying to answer the questions you pose above. There are a couple lines in particular from that poem: “It is so easy / not to articulate / what remains underneath the image” that leap to mind—I remember when I wrote those lines, they felt really important to the ambition of the book as a whole. I mean, yeah, nature is really beautiful. It totally is. I feel really relaxed when I go back to Port Townsend and walk on the beach, but the ease with which it is possible for me to feel sanguine there also seems dangerous, because the reality is so much more complicated than nature= beautiful succession of images to be captured and shared. The reality is that the ecosystem there has been severely compromised by industrial activity over the last century. The reality is that we stole that land. The reality is that I go there looking for the ghost of my friend Robert, who overdosed on Christmas Eve ten years ago. So I think that throughout the book, I’m attempting to write through, under, and around the landscapes. I want to see the beauty, but I also want to see the eroding cliffs and the endless bits of Styrofoam and cellophane washing up along the beach like stupid punctuation.

While I was writing “The Tide” I really fell in love with the Charles Olson poem “Maximus to Gloucester, Letter 27 [Withheld],” and particularly with this video of him reading it in his kitchen in 1966. I’d go running and hear his voice in my head, over and over, especially when he proclaims “An American / is a complex of occasions, / themselves a geometry / of spatial nature.” It was really exciting to feel like the work I had been doing was somehow unwittingly in conversation with his. I very much appreciated the company.

WB: In trying to go "through, under, and around" your environment, do you tend to start with a clear intention or goal or simply begin writing and see where it takes you? Nature seems to demand a fluidity and lack of expectation. As a poet, do you feel indebted to your triggering subject, or do your poems often surprise you and come to be about something different altogether?

CD: I always start with the title, which I use as the triggering subject. It can be so hard to start writing a new poem! I mean, the possibilities are endless, and at times that fact can lead me to slightly dramatic, entirely existential crises. I’ll sit there and think: what is a poem, anyway? How does language get narrowed down? What do I want to say? And while those are good questions to consider in some ways, I find that, for me, if I’m considering them while trying to write a poem, they sort of ruin everything. I’d rather think about those bigger things between writing the poems themselves, and especially between writing books of poems. There has to be a relaxation, an openness to following the poem where it will go. So, I usually don’t have a destination in mind, and when I do, it always leads to a terrible poem.

I remember one poem I cut from The Father of the Arrow is the Thought was called “The Glen,” and was about this beautiful place here in Yellow Springs called Glen Helen, which is 900 acres or so of dense, strange woods and streams and birds and deer and teenagers who are quite obviously on drugs. I went there one day last spring and I forgot to take my phone with me, and felt really smug about being there in nature without my phone, enjoying not taking photos etc. So, I wanted to write a poem about the terrible smugness I felt, and it just really was a terrible poem, because the whole time I was writing it, I was trying to get to that specific (dumb) place.

WB: So what is a poem to you then?

CD: A poem is a spell that breaks me through the world. A poem is a device for time travel. A poem feels me new again. A poem helps me remember that I have teeth. A poem presses brains through words. But some poems don't do any of these things. Every time I sit down to read or write, I'm hoping to remember what a poem is, and to discover something else it might be. 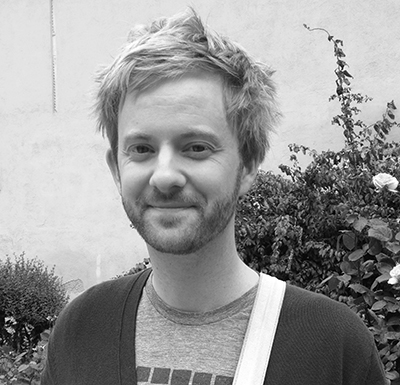 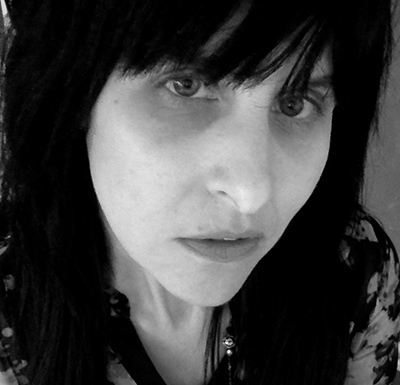 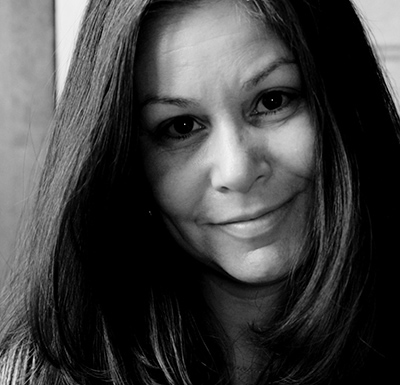 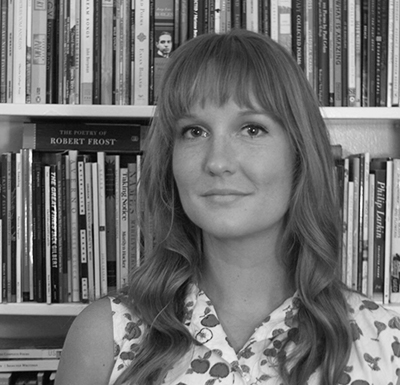 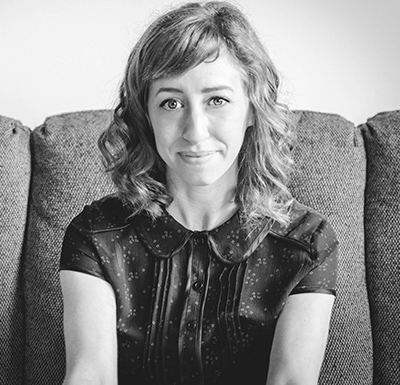